in this equation is the specular material property, which we can use directly from our .pov files.

There are other options, however, including Oren-Neyer.

is the Normal Distribution Function, which describes the concentration of microfacets which are oriented such that they could reflect light. (1)

is the Geometric Shadowing-Masking Function, which describes the percentage of microfacets which are neither shadowed or masked by neighboring microfacets. (1)

is the light vector.

is the view vector.

is the microsurface normal - in these computations (i.e. for implementation purposes) the half-vector is used.

is the angle between and

The function is always positive. (2) It is also normalized to satisfy certain geometric properties. (3)

This normalization is the source of the factors you see in the Blinn-Phong and Beckmann variations. 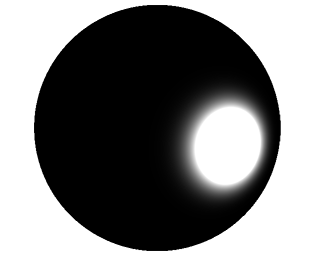 Here, is the “shininess” or “specular power”. There doesn’t seem to be a standard way to compute this from or roughness. Past iterations of CSC 473 have used the reciprical of POV-Ray roughness:

I recommend (and use) the equation provided by Karis’: (4)

This is the NDF which Cook and Torrance originally advocated for in (5).

Note that for normalized vectors, the following are equivalent:

And by trigonometric identity, the following are equivalent:

With those substitutions, you find the common form of the Beckmann NDF. 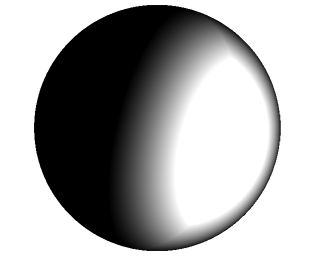 is the positive characteristic function:

1: Naty Hoffman, Background: Physics and Math of Shading, 2012. From the SIGGRAPH 2012 Practical Physically Based Shading in Film and Game Production

3: Nathan Reed, How Is The NDF Really Defined?, 2013. Describes where the normalization factor of D function comes from.

5: Robert Cook & Kenneth Torrance, A Reflectance Model for Computer Graphics, 1982. Original Cook-Torrance paper. Many of the equations in this paper have slightly different forms in modern usage, so beware.